Warning: "continue" targeting switch is equivalent to "break". Did you mean to use "continue 2"? in /home/yuzukyodai/yuzukyodai.com/public_html/wp-content/themes/uncode/partials/elements.php on line 988

Despite the negative publicity Balenciaga received for its Qixi 2020 campaign, it feels as though the ‘misstep’ barely made a dent in the brand’s appeal. Balenciaga continues to enjoy tremendous success, with nearly a third of its business coming from China. Most recently, the Spanish brand joined Alibaba’s 11/11 sales for the first time this year via its newly launched TMall store, where items were sold out within hours[1] during the presales and sales in the weeks leading up to 11/11.

If the Qixi campaign was such a flop, surely it should have made a bigger difference to the brand’s business. Or was the brand actually doing something right – at least to the audience that matters to them?

We argue that Balenciaga’s 2020 Qixi campaign is actually based on a nuanced understanding of Chinese Gen Zs, and the campaign is the brand’s attempt to showcase those shared values between the brand and this target audience. The backlash the campaign faced is a reflection of different generations of Chinese consumers’ relationship to their Chinese identity.

For much of the 80s and 90s, Chinese consumers aspired to Western symbols of status and success. Driven by insecurity surrounding their own culture and identity, it eventually led to the belief that ‘local’ implies ‘inferior’ while ‘western and imported’ automatically spelled ‘superior’.

Hence, consumers who grew up in the days before China became a global economic powerhouse have a more ambivalent relationship with their Chinese identity; on one hand they see how far China has come and want to be proud of their culture, but on the other hand, they’ve spent most of their lives aspiring to everything that is ‘not Chinese’.

Unlike their predecessors, Chinese Gen Zs who grew up in the post-2000s have a far more confident relationship with their Chinese identity. They don’t feel the need to look towards another culture to tell them what is sophisticated and they’re unafraid to embrace the aspects of Chinese culture that they’re proud of.

So how did Balenciaga get it right with these Gen Zs?

Modern day Balenciaga celebrates the weird, the awkward and the surreal aspects of the everyday while never taking themselves too seriously

Demna Gvasalia’s approach to designing for the brand has always been about unexpected contrasts – between the surreal and the mundane, between reverence for the past and irreverence of the present.

He’s talked about getting his inspiration from the ways that ‘normal people wear clothes on the streets’. Godtsenhoven, an associate curator at the Metropolitan Museum of Art’s Costume Institute and a specialist in Gvasalia’s work has said “He makes outfits for a raver, a businesswoman, a security guard, and it’s a more democratic approach, saying that these are all equal types.”[2]

Through Gvasalia’s eyes, modern day Balenciaga has evolved to become a more democratic brand that is not only for the ‘everyday’ but also inspired by the ‘everyday’; it champions the idea of not taking itself too seriously, by experimenting with bringing the surreal and mundane things together. Unafraid to embrace their true sense of self – no matter how ‘weird’ or ‘other’ or ‘ugly’ it may look to others.

We see this reflected across the brand’s many touchpoints including Instagram and their TMall pages: 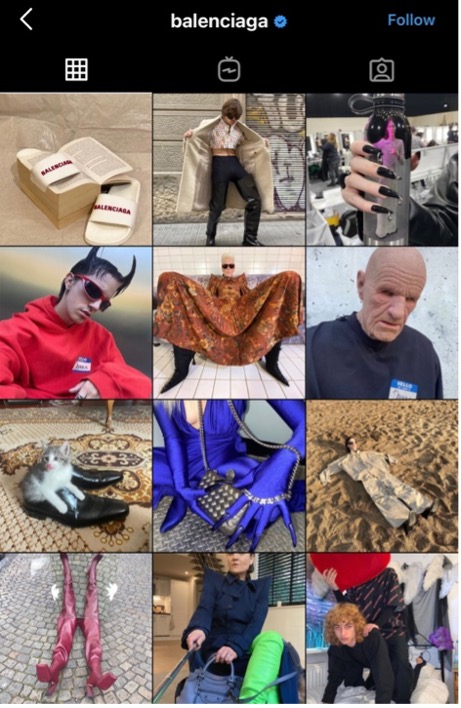 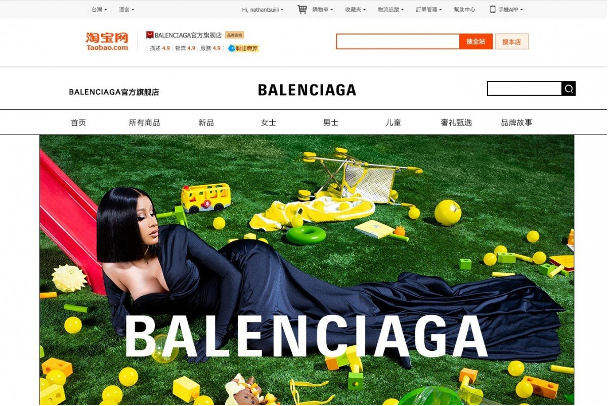 These brand values are exactly the ethos behind Tuku (土酷) trend

The term literally translates as ‘peasant cool’, and its aesthetics are reminiscent of lower tier China with bold colours and loud prints. Tuku also—and significantly—sounds like ‘too cool’, and is Chinese Gen Zs’ signal for their coming-of-age. Unlike previous generations of Chinese consumers who looked to the West for cues to signal sophistication and good taste, Gen-Z, via ‘tuku’, rejects those Western-imposed definitions.

And so, whilst some Chinese consumers might considered ‘tuku’ ugly and backward-looking; those who embrace it feels that it’s authentic and uncompromisingly real. It celebrates the fashion and style of real people living in most parts of rural China, and it doesn’t care if ‘others’ can’t appreciate it.

The quote[3] “It is ugly to the extreme, it is ugly but it represents me, and that is the best expression of trendiness… Tuku advocates the freedom of style and fashion, which is a kind of self-confidence” best captures this.

Some may critique Balenciaga as being too plebian and look as if it is ‘mocking’ Chinese consumers. But in reality, the brand is celebrating Tuku – it is looking at the local culture not from top-down or outside-in perspectives, but from within the culture as if it was their own. And for this is why we believe that Balenciaga’s Qixi campaign was a success. 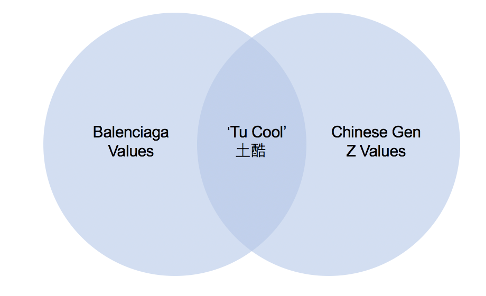 Balenciaga’s example is not a clarion call for all brands to rush and embrace ‘ugly fashion’, but rather it demonstrates the importance for brands to marry its values with that of its consumer

There are 2 big take-aways for us: